I trembled with irrational excitement as we bobbed along the waves in a Star ferry; we were heading from Kowloon to Victoria Harbour, Hong Kong Island. The city skyline loomed over us as we disembarked with the commuters in a slightly baffling (to my European mind) single file. 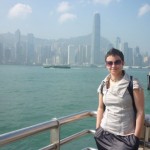 Neon lights and big flashy name brands stomped about, dwarfing petite peaceful temples. Stylish shoppers wearing face masks like a new age accessory waited in long queues under the colossal C’s of Chanel for opening time; still more stylish consumers waited patiently under the shimmering golden glow of Fendi. Shopping seemed to be elevated to an art form in Hong Kong and there was no end to what you could find and buy in the city. I like to think that I am an experienced shopper with many cities done and dusted but Hong Kong had me beat!

As evening arrived the herculean Victoria harbour skyline came alive to sing their consumers a song, the ‘Symphony of lights multi media show was truly a spectacle not to be missed (although a little tacky some would argue!) 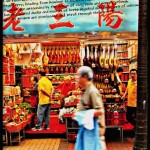 My eyes were overloaded by the deluge of vivid reds and canary yellows, hanging glazed ducks, mounds of herbs stacked alongside jars of unknown items and my senses were stretched to capacity as we strolled through the twilight streets.